born 1962 in Aachen (Nordrhein-Westfalen, West Germany) is a German writer of children’s books.

He grew up in Pruem (Eifel), and studied Germanistik, Philosophy, and History in Freiburg, Münster and Frankfurt. He lived and worked as a free-lance writer first in Frankfurt/Main, then five years in Thessaloniki, Greece. From 2000 to 2015 Martin Ebbertz lived with his wife and two children in Boppard on the Rhine River. Since 2015 he has lived in Frankfurt and Offenbach am Main. 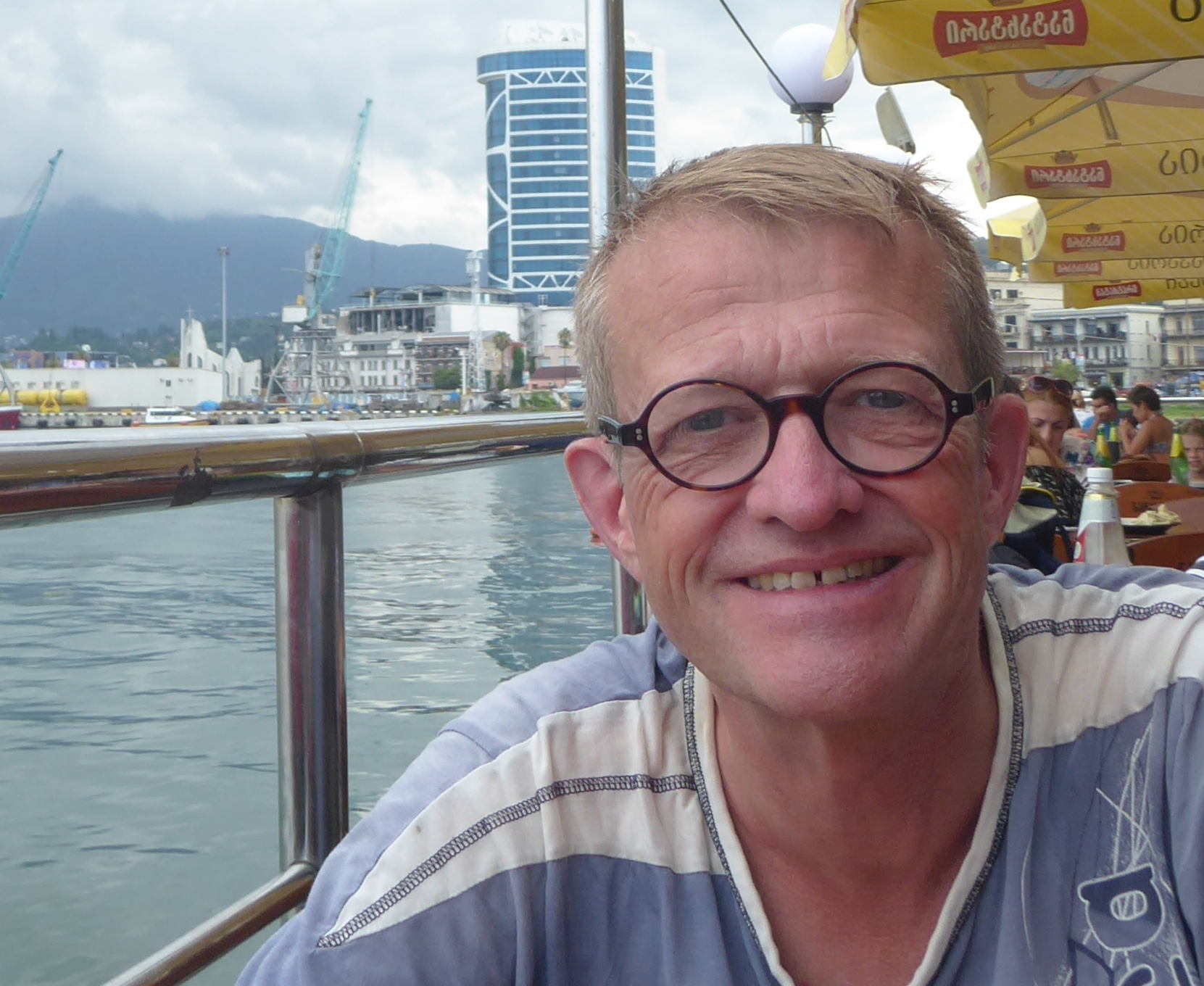 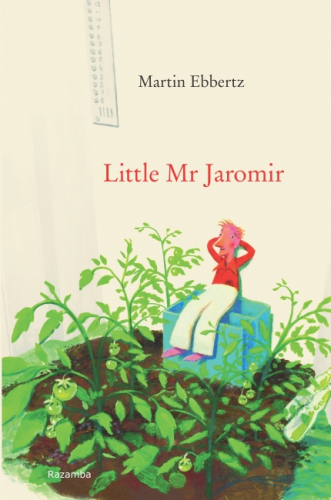 Little Mr Jaromir lives on the sixth floor. Each time he gets into the lift, he jumps as high as he can and presses a button. He usually reaches the fourth floor and walks up the last two flights.
A charming, clever and original story, much praised by the press and awarded several prizes. 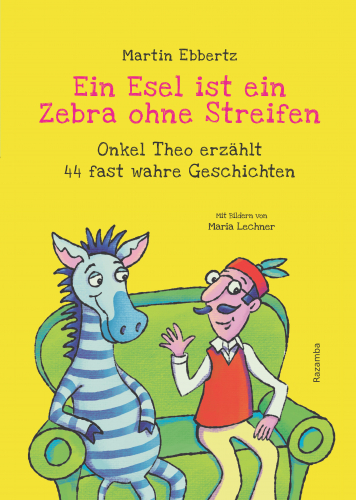 „So, children“, said Uncle Theo. „Today you are going to learn about something new.“ Whenever the children hear these words, they quickly sit around Uncle Theo on his green sofa and wait attentively for his crazy stories. There for example is the biggest horse in the world, who lives in Canada and is so big that he can`t even see his own tail when he looks backwards. Or the notorious Captain Ahab, who was the most famous cleanliness freak in all the seas of Christendom. As the children never really completely believe Uncle Theo`s droll stories, he is always a little offended and pretends never want to tell another story again. But of course he always reconsiders and changes his mind.
A wonderful book with 44 totally crazy stories and a wealth of singular illustrations, to read out loud and to read to yourself. 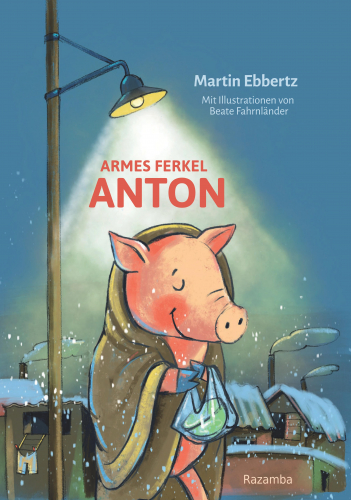 One cold winter evening Piglet Anton hears a tune and dreams of a beautiful lady piglet playing him a melody on the flute. The next day Anton sets off into town to take singing lessons at the Music Academy, and to look for his beloved. On the way he meets Wolf the music teacher, gets locked in the cellar by Billygoat the butcher, and loses a valuable possession … 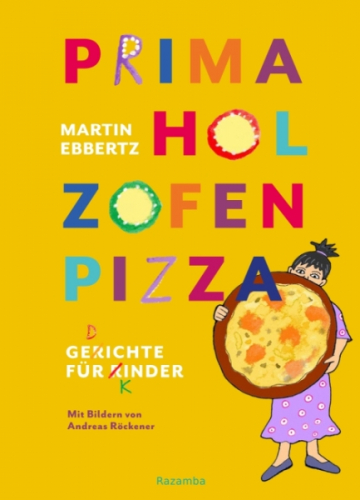 The princess has many maids: the chamber maid takes care of her chamber, the braid maid ties her braid, the pizza maid gets her the pizza, best hand maid pizza. Sense and nonsense, seriousness and fun, the rock clings, the spaghetti law is proclaimed … a colorful book for young and old. 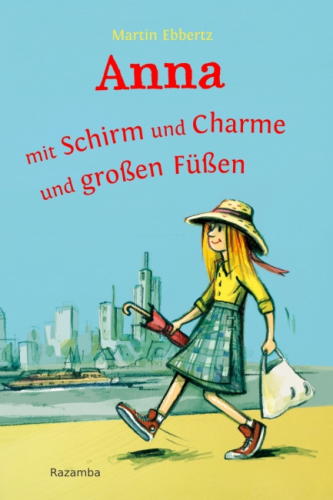 Anna – with umbrella and charm and big feet

Anna, a little girl from Frankfurt am Main, has awfully big feet. But what is the reason for living in a large city? There is nothing missing here, and it must also be possible to find a medicine for the reduction of feet! During one of her trips Anna meets Gregor. He lives on a ship that is stranded on the Main River due to engine damage. Therefore, the two of them have seven days during which Anna shows Gregor the big city. They earn Pizza from dustbin music, they save the guests of a cider lounge from a fire that isn’t really one, even shopping at the weekly market at the south station becomes an adventure. And of course Anna and Gregor try to do something about the size of Anna’s feet. 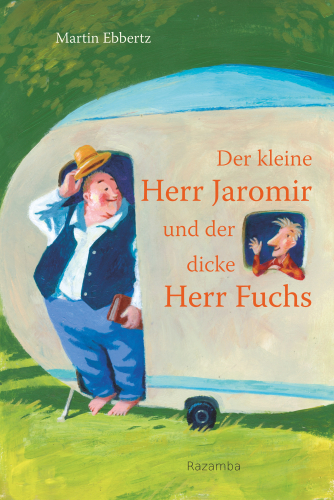 Good to see him back: Travelling with his balloons Mr. Jaromir has touched down in a little town where he meets all kinds of strange people. He finally finds shelter with fat Mr. Fox. Mr. Fox, you see, sleeps during the day while Mr. Jaromir prefers to sleep at night. So they can both sleep in the same bed without being in each other’s way. With lots of imagination Mr. Jaromir fashions his own little world to suit his needs and likes – and in a most charming manner teaches us some joie de vivre in the process.

«A real windfall. With plenty of surprises and (gentle) humour, lots of poetry and profundity. A user’s manual to Happiness. To be perused at your leisure. Lucky you!» Praise for «Little Mr. Jaromir» in 1000 und 1 Buch 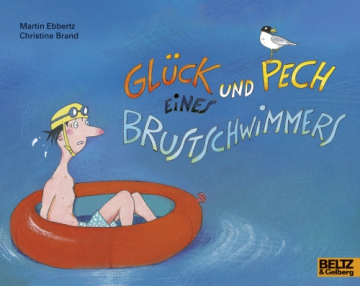 A breast-stroke swimmer ventures into the deep. After a very long swim he becomes tired and wants to take a rest. As it happens an empty rubber dinghy passing by offers him the chance to do just that. Which is good luck, indeed. After a little while a huge whale passes by, swalloing him, along with the dinghy. Which is bad luck, rather. If you want to find out about another (breast) stroke of luck leading to his rescue, about the empty telephone booth he turns into a boat, his encounters with a shipwrecked man and a backstroke swimmer, and his «invention» of fish fingers among the Eskimos, all you have to do is read this jolly picture book.

He suddenly appeared. Just sitting in the marketplace one morning. He introduced himself as Karlo, a sailor ashore. The villagers looked at each other puzzled. What was a sailor doing in the mountains, thousands of kilometres away from the ocean? The studied him with suspicion. But they soon became curious about him and Karlo started to tell his story: about his rescue from the clutches of a gigantic musical octopus, a flight on the balancing beam tree and the eerie encounter with the ghostly piano…

How Joseph went to join the Indians

„I don’t want to go to school“ said Joseph suddenly to his parents. I don’t need to get a job, I’m off to join the Indians“. And so Joseph sets off ?